Founded in 2013 by CEOs Yasen Denev, Ivaylo Tonchev and Kalin Stoyanov RED RING was launched as a modern post-production facility supplying high-end digital animation and visual effects expertise for the production of creative content, from commercials to film, promos and digital material. Based in Sofia, EU, our expertise is built around a core team of specialists in computer animation, digital effects and compositing. Our reputation is under-pinned by our passion for quality, innovation and personalized service.

Kalin is a determined person who has a wide scope and vision . His passion and expertise can drive a project from the concept art to the final editing. His artistic skills allow him to get deep into details no matter of the project stage. We can say that Kalin has managed to keep the dreamer in himself and so have an endless supply of fantasy. As a character animator he is capable of bringing to life any shape and color. If you need your project to get done in time just call him. 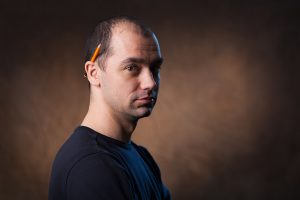 Yasen is one of the new generation artists. His paintings draw attention at the moment you see them. As a well-known concept artist he’s done work for numerous feature films including 300, Expendables….. His endless imagination makes him a valuable asset to any project. If you need a fine artist to draw you anything from storyboard to matte painting he is the one who can deliver the “wow” effect.

Ivo graduated from Bournemouth University, UK. He worked for major production companies and TV stations. Projects like “Supersize me”, “Dungeons and Dragons”, “Pomeii”, as well as TV shows for BBC and National Geographic created him a name as a strong 3D and VFX artist. He is shifting his expertise towards writing. His novels are well received and the screenplay based on one of the books, called “Gardens of Destruction”, won second place at the film festival held by director Timur Bekmambetov. Ivo is responsible for writing and finding new material for the studio in house projects. 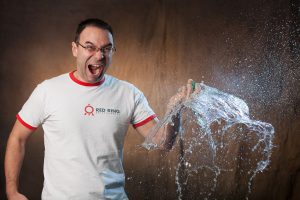 Creating breaking destruction or beautiful imagery isn’t just a nine-to-five job for me – I love what I do.I use my artistic talents combine with my deep and ever-growing knowledge of cutting edge technology to deliver high quality and unique natural phenomena effects such as smoke, fire, clouds, water, steam and explosions using Maya and Houdini as my main weapon of choice. Most importantly, being passionate is thedriving force for me to be a better learner, problem solver and try to be a creative person as much as possible. 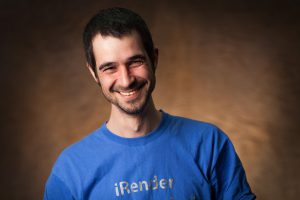 He is a devotee of art, but mainly in its digital form. He works in the domain of compositing for Visual Effects and Motion Graphics. Along with the work experience he brings great passion into every day work in this field. He is also in a constant process of breaking the limits of the imagery… and his workstation’s Desktop! 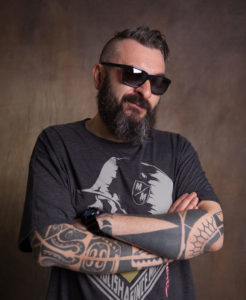 Dimitar is a very curious artist. He strives for everything that is new and cutting edge. And that’s not all, he is very funny, great person that adds more color to our talented team.

This is our pet Amarok, even though it looks scary in fact is a very nice creature, a gift from Side FX. A bit stubborn but it’s a great pleasure to play with him!