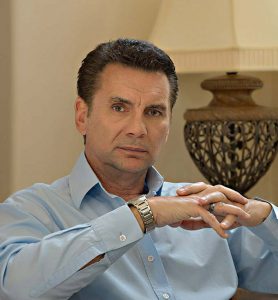 In this unique project our task was to enhance a documentary about Michael Franzese, a young and charismatic Capo in the Colombo Crime family during the 1980‘s-90‘s and whose notorious father, Sonny Franzese was also a renowned Underboss. Following in his father’s footsteps, in the mid-1980s, Fortune Magazine named Franzese as number #18 on its list of the “Fifty Most Wealthy and Powerful Mafia Bosses”.

According to a Federal report, Franzese made more money for a crime family than anyone since Chicago Outfit boss, Al Capone.A revelation that Michael’s own father went along with a contract hit on his life, Michael’s love for his wife and children and the realization his own life was heading the same way as every other mob guy that came before him…straight to ST. JOHNS Cemetery in NYC, Michael took the decision to leave the ‘Life’.

An act previously thought impossible…Michael Franzese publicly walked away from the Colombo family and organized crime. During his time in prison, Michael discovered the Bible. Devouring its contents Michael found parallels between the Good Book’s teachings and his experiences in the ‘Life’ which translated into Michael developing his own unique religious perspective and faith. A faith that is directly responsible for his still being alive today. 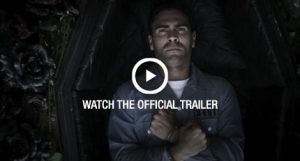 “God The Father” utilizes every cinematic ingredient available to tell Michael Franzese’s remarkable journey from a ‘made man’ to a man of God. From choreographed dance sequences, traditional interviews, stock footage, visceral re-enactments and sophisticated animation sequences, specifically designed to show the more violent aspects of mob life, in a subtle and intelligent way. This is the first time the Michael Franzese story has ever been told cinematically and with such originality and power.

Our job in the movie was to tell the most violent scenes in a more acceptable way. That’s why we chose a visual style that people are used to see violence in – comics, and in the same way it’s not as disturbing as would be a real re-enactment.

When designing the Logo we wanted to have opposite elements which can later translate in the movie into the Big change Michael Franzese is going trough! As you can see the main element is a knife and in the same time it is also a cross with blood covering the name of GOD. We believe these powerful elements prepare the viewers for the  inspirational movie they are about to see!